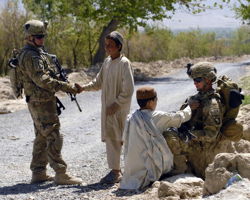 The new threat landscape the transatlantic community faces means that NATO must adapt its strategy to remain relevant. While many transatlantic policymakers and thought leaders have called for a new strategy for NATO, few have outlined what that strategy should actually entail. This report proposes that NATO adopt a new strategy called “Stability Generation,” built […]