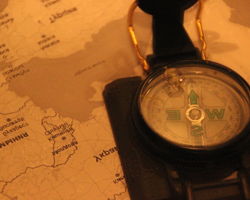 NATO for me is a ‘shift of mind’ – something that allows us to look at our reality in an alternative way. It helps us to turn upside down our worldviews. In the age of stereotypes, NATO encourages people by demonstrating its strong will and clear vision of the edge between good and evil. If […] 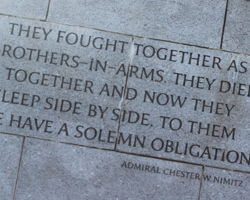 I took this photo some years ago when I was in Washington D.C. I was walking around the National World War II Memorial and these few words – engraved in marble – caught my attention immediately. They might sound strange or even outdated as time passes and the world is radically changed. The U.S. Admiral […] 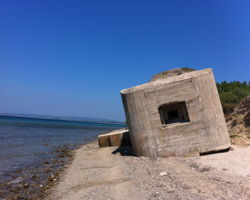 NATO is a military alliance, but what it is more is a civilizational alliance. Ever since the alliance was founded in 1949, it has brought free nations of Europe together despite the hostilities that raged between them before the inception of NATO. This photo, which I took two years ago on the Gallipoli Peninsula, is […] 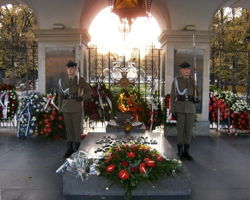 “NATO” means safeguarding freedom. I took this picture when I last visited Warsaw, the city my mother is from and the locations of this year’s NATO Summit. It shows the Tomb of the Unknown Soldier, the one that has no grave. The Poles fought on many fronts in the Second World War, believing that this […] 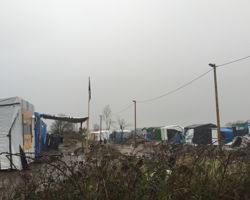 This photo was taken in a Calais refugee camp, signifying the complex nature of the refugee crisis. A complex solution needs a complex multilateral response. In response to the refugee and migrant crisis, NATO was able to send a naval patrol to the Aegean sea in less than 24 hours. The Standing Maritime Group is […] 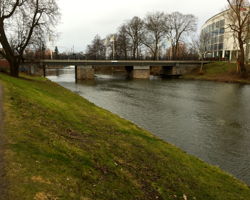 To me, NATO serves as a bridge that unifies the two sides of the Atlantic. There is no other organization or institution that could possibly supplant its significance in this area of global politics. Throughout its history, NATO has been at the center of transatlantic decision-making and crisis management. As James Baker observed during his […] 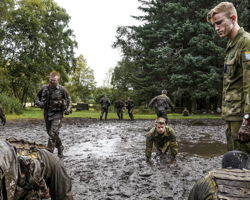 Even though we are willing to go far to defend our country, we are dependent on NATO. When I joined the Norwegian Armed Forces as a conscript this summer, I never doubted my country’s need for dedicated soldiers. I saw soldiers pushing themselves up from the mud, and holding their ground regardless of pain. Norway […]

After Albania left the Warsaw Pact in 1968, approximately 750,000 bunkers were erected by the order of its communist dictator, Enver Hoxha, with construction beginning one just year earlier. Hoxha was assured that they would resist a tank assault, and because he feared an invasion from the Soviet Union, his former allies, he had enough […] 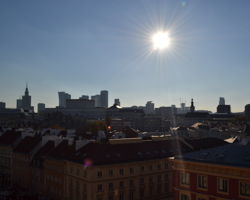 NATO is much more than just a simple organisation of countries; it is a commitment to defend common values, human rights, democracy, and individual liberty for which our ancestors fought. The picture describes a secure and peaceful Poland after years of devastation under the communist regime and WWII. The Alliance represents the security of the […] 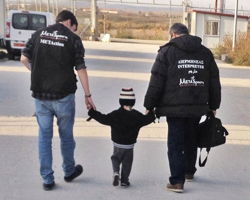 As a Regional Commissioner for Unaccompanied Minor Refugees, I am responsible for their reunion with families and relatives. If the minors have no families or siblings at all, then I take care of their resettlement in Greece in guesthouses or foster families, as well as their education, physical and mental health, and well-being until they […]