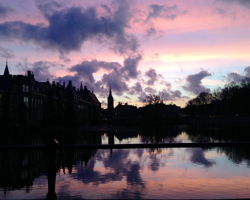 NATO is protecting. NATO is security. NATO is peace. This picture, taken during a walk through The Hague, the International City of Peace and Justice, perfectly captures the essence of what NATO means to me. In protecting the freedom and security of its members through political and military means, NATO consequently aims to work toward […] 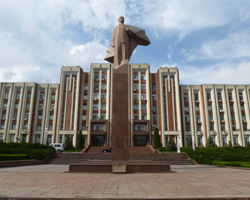 This picture was taken from the stairs in front of the de facto Parliament of Transnistria – an unrecognized country located on a strip of land between Ukraine and Moldova in 2016, more than 25 years after the break-up of the Soviet Union. As of today, the Russian Peacekeepers and the Transnistrian Ground Forces are […] 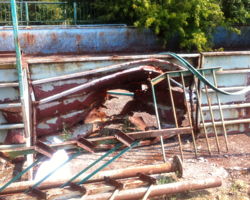 I will not speak about NATO as a guarantee of democracy, individual liberty, and the rule of law, etc. Because when you have a war at home you need something more than just words. During a war in your country, you start not only speaking about values, but also learning how to defend them. This […] 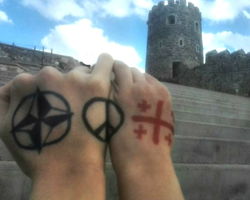 It’s already spring, the season of renovation. I associate it with novelty, kindness, calmness. I decided to take a picture, in which the feeling of the spring weather would be expressed. This picture is of a Georgian castle, a symbol of our history that witnessed man’s bloody days and of the many times this little […] 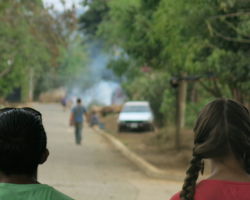 The subjects pictured are people from two different worlds, one raised in a poor part of a poor town in a country that few can point to on a map, the other, a recent graduate from a well-respected European university with an excellent career prospect ahead. What I tried to capture in this image was […] 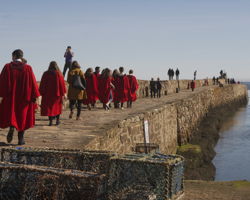 All for one – one for all. St Andrews’ students commemorate the death of student John Honey who drowned while rescuing five sailors from a sinking ship in 1813. The weekly memorial perfectly encapsulates the spirit of NATO. Out of great loss and tragedy new sense of community has arisen. John Honey’s selfless act to […] 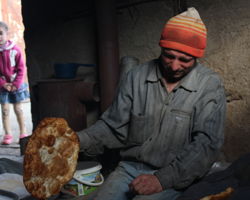 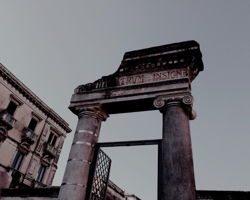 From Latin “In-signum.” Insignia. Emblem. That’s what NATO is. It’s a sign, a mark of shared values, enriched by differences, united at its core. NATO is, now and before, an outpost of civilization. It’s a bond that we made, but it’s also a bond that has shaped us into a world order we’ve come to […] 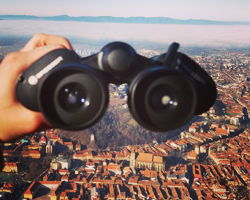 NATO today is without a doubt the most powerful military and political alliance in the world. This image is meant to convey that the organization is up-to-date with technology, even advanced in it , and socially modern. The “binoculars” represent one of the most important principles of NATO; to safeguard the freedom and security of […] 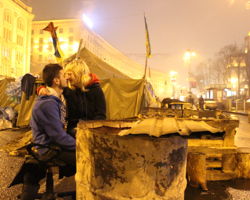 When Noam Chomsky argued that it’s time to disband NATO, because “there is no risk of Russian assault anymore”, I remembered a short conversation with former Latvian President Vaira Vike Freiberg at Harvard. She was sharing her personal experience how V. Putin threatened her personally and tried to stop the Baltic States from joining NATO. […]