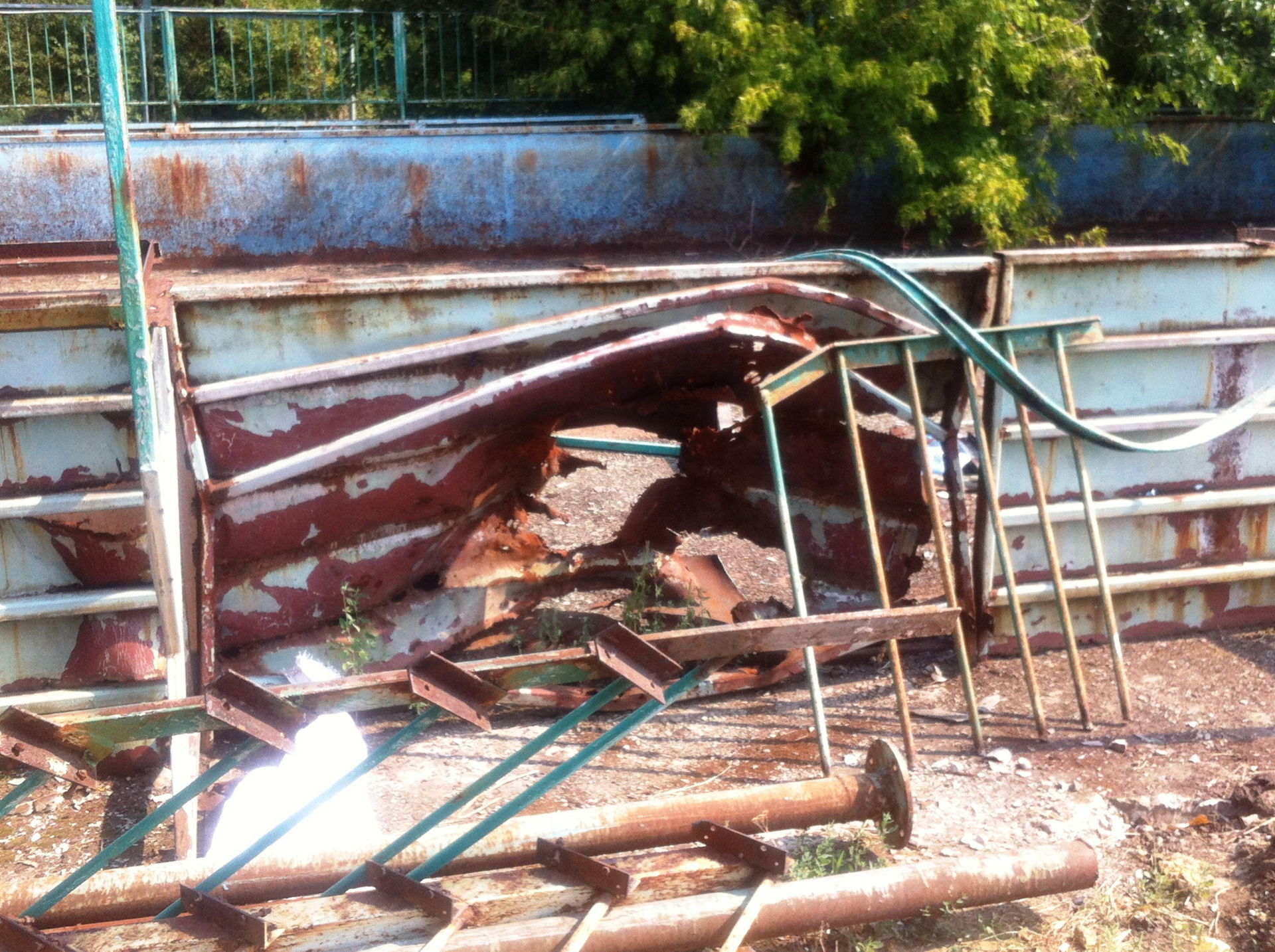 I will not speak about NATO as a guarantee of democracy, individual liberty, and the rule of law, etc. Because when you have a war at home you need something more than just words. During a war in your country, you start not only speaking about values, but also learning how to defend them. This picture was taken by me in a former camp for children called “Smile”, near Kramatorsk in Eastern Ukraine. There you can see a trace of the bombing in the same place where the kids were playing games, dancing, and smiling. The day when the NATO Future Leaders Summit starts will mark two years since this place became free and the Ukrainian flag was raised there again. Aggression against Ukraine has led to many casualties among the children and has ruined many young lives. Youths are often recruited by armed groups or become the victims of violence. In March 2015, NATO launched a new policy named “Protection of Children in Armed Conflict – the Way Forward.” So, to me NATO, first of all, means protecting the kids, our future generation. It also means that those kids are more used to the sound of a school bell, and not to the sound of the shootings. Or that the children are proficient in recognizing classical music, but not in recognizing a type of artillery by sound. NATO also means that the children know about war only from movies or books, but not from their own memories. And, finally, NATO means that, not weapons, but children are being raised.