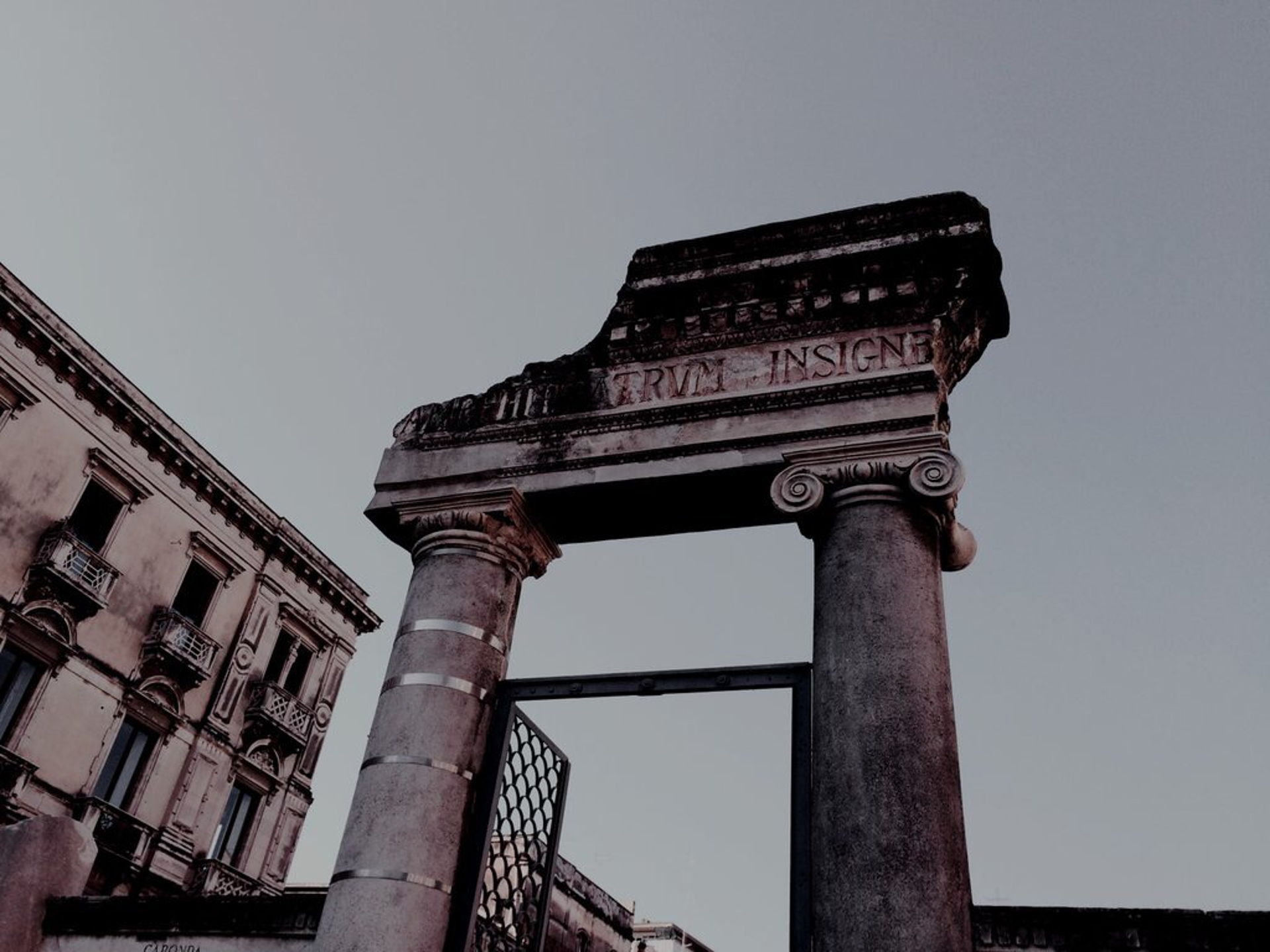 From Latin “In-signum.” Insignia. Emblem. That’s what NATO is. It’s a sign, a mark of shared values, enriched by differences, united at its core. NATO is, now and before, an outpost of civilization. It’s a bond that we made, but it’s also a bond that has shaped us into a world order we’ve come to know and preserve. Under its sign and in its spirit, we are one. We have diversity, but no divisions. We have an inner stability, but also an open hand to our partners. NATO has been ambitious and committed, throughout the years, and it is our preeminent duty today to stay engaged, to stay ambitious, to face obstacles and challenges as one. As a European, I know NATO was the cradle of a “Europe Whole, Free, and at Peace” and more than ever today, we need a ”Europe Whole, Free, and at Peace.” The photo shows the entrance sign of a Roman Amphitheatre in my hometown, Catania, Italy, in the middle of Mediterranean Sea. It has survived, for almost two thousand years, an extraordinary number of natural and human events, including wars and volcano eruptions. Let this be a good sign.In