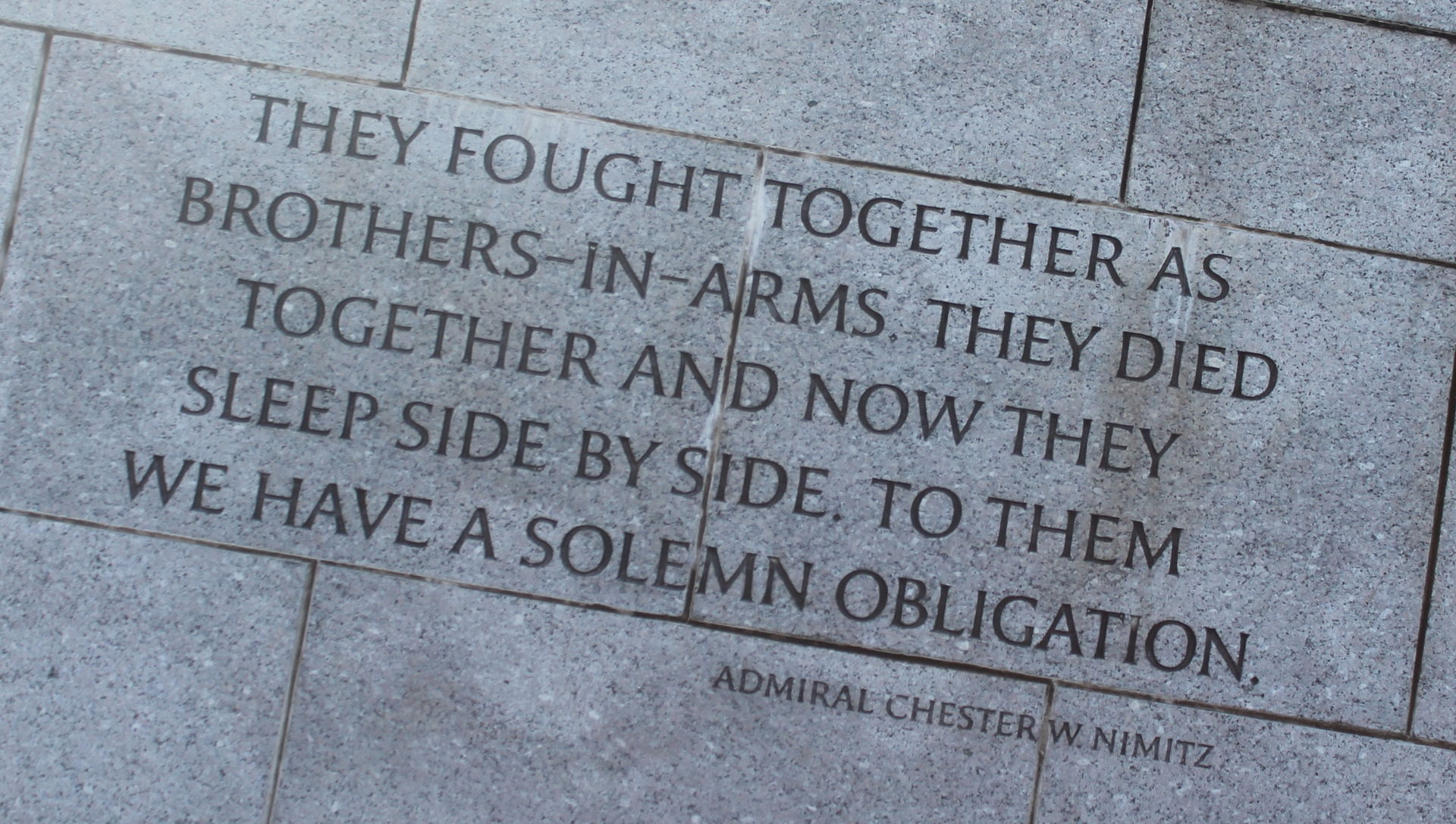 I took this photo some years ago when I was in Washington D.C. I was walking around the National World War II Memorial and these few words – engraved in marble – caught my attention immediately. They might sound strange or even outdated as time passes and the world is radically changed. The U.S. Admiral Chester W. Nimitz declared such words that still evoke a sense of gratitude, commitment, and cohesion that – after few years – NATO was able to represent during the Cold War with strength and political wisdom. However, after more than 70 years from that ceremony, a new sense of commitment and unified efforts are even more necessary within NATO and among its Allies to address the new security challenges we currently face day after day. I am confident that NATO will do it with responsibility by relying on its raison d’être and simultaneously by looking for new ways and instruments to strengthen its political cohesion and military effectiveness. We have “the obligation to ensure that their sacrifice will help make this a better and safer world in which to live.”