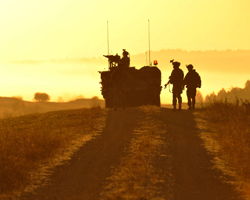 The thirteenth installment of the NATO Summit Special Series on the United States its relationship with its allies.