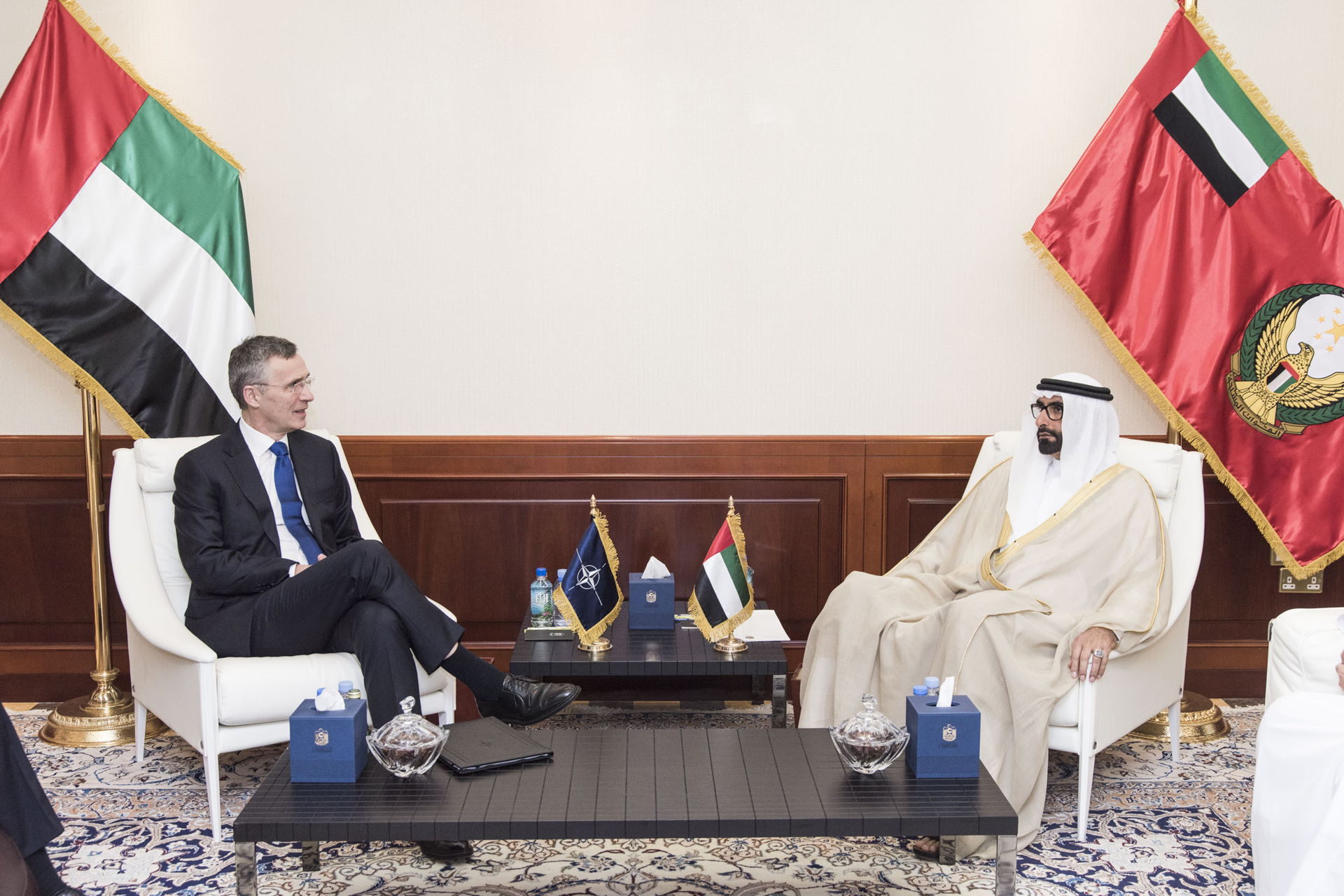 NATO’s ties with the United Arab Emirates are complicated by several factors that negate the significance of the upcoming summit in Warsaw for Abu Dhabi’s foreign policy interests.

First, and most importantly, a mutual, legally-binding defense treaty between the UAE and NATO is not in the offering. Abu Dhabi’s security deficit has only increased in the 5 years since the beginning of the Arab Spring. Notwithstanding the rise of the Islamic State, Jabhat Al-Nusra, Al-Qaeda in the Arabian Peninsula and the rest of the terrorist network, nothing looms quite as large as an Iran on the march. The UAE sees Tehran’s influence in Syria, Lebanon, Iraq, and Yemen as a direct and existential threat to its national security. As such it evaluates almost all of its foreign relations through that lens.

NATO, for its part, desires closer ties with the Gulf states at least partially to isolate Russia. This dynamic is not missed by Abu Dhabi, which has made a concerted effort to deepen its relationship with Moscow. In the last five years, Abu Dhabi’s Crown Prince Sheikh Mohammed bin Zayed has met Russian President Vladimir Putin seven times. These meetings have steadily expanded the scope of cooperation between the two countries. Consequently, trade and defense ties have markedly increased. The subtext of deepening relations with Moscow is of course the perception of a wavering Washington. Abu Dhabi is attempting to diversify its great power foreign policy – including reaching out to China and India.

So, in the UAE’s calculus, closer ties with NATO that jeopardize its relationship with Russia are unattractive if they do not include a significant commitment to its security (such as the deployment of early warning ballistic missile systems).

Additionally, UAE relations with NATO are evaluated against its ties with the Alliance’s leading countries: the UK, France, Germany, and most importantly, the US. For Abu Dhabi, the signal coming from Washington over the last seven years is one of cool detachment, not closer ties. It is thus unlikely that engagement with NATO will substantially alter the trajectory of the current status quo. This is made doubly relevant by the fact that the administration is on its way out. Even if the UAE is willing to invest in closer ties with NATO, it calculates that its chance of getting a better deal will increase with a potential Clinton White House.

There exists also the question of NATO’s effectiveness as an alliance. Regardless of the specifics, the basic failure of NATO to stop Russian aggression in Ukraine was taken as a sign of the organization’s weakness and raised questions about its reliability. In an event I attended in Washington, a senior NATO official said that deterring Iran is the most important rationale for closer, formal, ties between the alliance and the GCC. For the GCC – including the UAE – little of NATO’s actions over the last couple of years would make that claim persuasive. Put simply, they believe the dog barks but it doesn’t bite.

Finally, NATO’s ties with the UAE can grow closer up to a certain level. At some point it would have to fall under the umbrella of bloc-to-bloc relations with the GCC. Many of the obstacles to closer cooperation would still exist. But the GCC suffers from underdeveloped integrative mechanisms. It lacks a unifying foreign adversary that pushes member states closer – the way the Russia threat ostensibly functions for NATO. While many would point to Iran playing that role, the fact of the matter is a common view over Iran exists only between Saudi Arabia, the UAE, and Bahrain. The organization as a whole is better viewed as a situational security pact not an institutional mutual defense treaty.

Closer ties between NATO and the UAE will not offer more than what is currently at play. They may better coordinate their counterterrorism and anti-piracy efforts and arrive at a common approach to the conflicts in Syria and Libya. Ultimately, however, meaningfully deeper ties suffer from misaligned priorities. NATO wants to limit Russia’s influence in the Gulf, and the UAE is looking to fortify its defenses against an Iran on the march. Notwithstanding secondary concerns, including ties with Washington and GCC integration, it is the question of reconciling these vastly divergent motivations that stands in the way of an upgraded partnership.

Muath Al Wari is a Senior Policy Analyst with the National Security and International Policy team at the Center for American Progress. Photo credit: NATO.