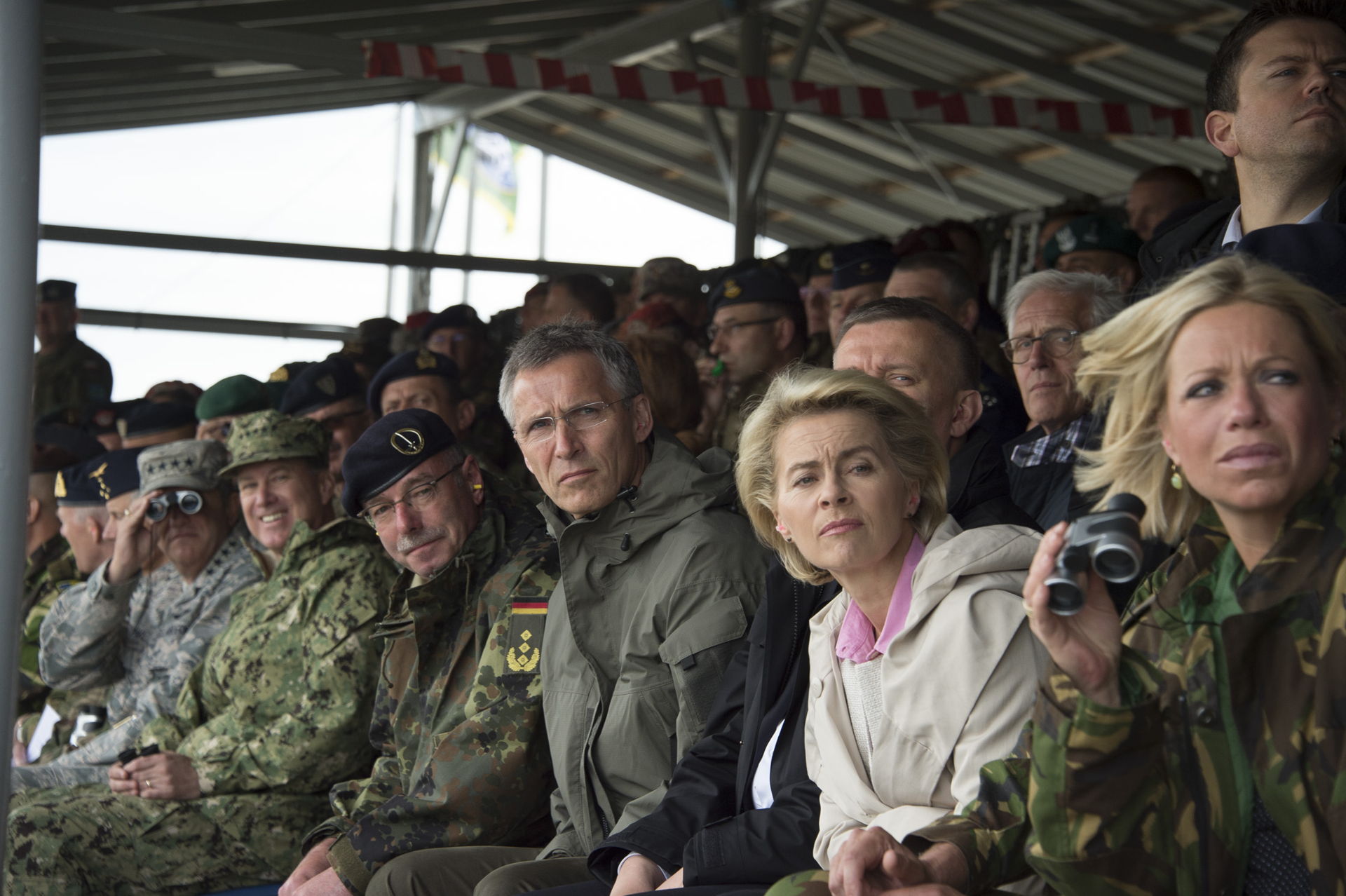 Although some critics maintain that Berlin could and should do more, Germany’s renewed commitment to NATO and territorial defense has been a welcome surprise to many. Not only did Germany play a key role in the new Very High Readiness Joint Task Force (VJTF), it also provided troops on a rotational basis to NATO’s presence on the eastern flank, showed up regularly at important exercises, and worked with its allies to remake the Multinational Corps Northeast HQ in Szczecin, which oversees all NATO collective defense activities in Poland and the Baltic States. Most strikingly, Berlin recently announced its willingness to serve as a framework nation on the eastern flank, promising to lead a multinational battalion in Lithuania as part of NATO’s Enhanced Forward Presence.

Such a bold contribution would have been unthinkable even a few years ago. After misreading Moscow’s new assertiveness for years, the Berlin mainstream has clearly changed course. In 2014, the German government felt it had to shift gears when it became clear to everyone that Russia blatantly attacked the principles that are particularly dear to the Germans: the fundamental norms of the European security architecture, the principle of dealing with conflicts in a peaceful way, and the cohesion of key multilateral institutions for Germany, the EU and NATO.

At the same time, the commitment to these principles also defines the limits of Germany’s adaptation to a new security environment. While responding to the security concerns of some of its partners in NATO, Berlin focused on non-military means to prod a change in Russian behavior, mostly by forging consensus on EU sanctions. Yet, despite the fact that Moscow has violated almost every norm of the NATO-Russia Founding Act, Berlin wants NATO to stick to the agreement. For some allies, this seems stubborn and wrong-headed but it is rooted in the conviction that NATO has to behave differently and stick to its commitments even if Russia does not. Germany will thus defend the NATO-Russia Founding Act, while trying to do everything that is possible within its confines (according to the German interpretation), i.e. all measures short of permanently stationing of substantial combat forces. In the end, Berlin maintains that – as the typical German refrain has it – security in Europe is only possible with Russia, not against Russia.

While the strategic community in Germany has become more sensitive to the concerns of its eastern Allies, it remains reluctant to respond more forcefully to Russia, fearing that NATO’s actions might provide Russian President Vladimir Putin with a welcome excuse to escalate further. Some fear that if the Alliance fulfilled all wishes voiced by Poland and the Baltic States, both these countries and NATO as a whole would be less secure. As a consequence, Berlin has repeatedly made the case for a dual-track approach in dealing with Moscow, insisting that NATO’s new focus on deterrence be complemented by renewed efforts to engage Russia. For instance, Germany has long supported talks within the framework of the NATO-Russia Council.

To be sure, even those in Germany who think that a return to normal with Putin’s Russia is possible, do not believe that dialogue will bring immediate results. Yet, most analysts and politicians in Germany hold that it is important to keep the door open to Russia and demonstrate that it is not NATO that is bent on escalation. This is also highly important for domestic reasons because many Germans are skeptical of a more robust military posture on the eastern flank. Foreign Minister Frank-Walter Steinmeier’s widely discussed interview, in which he complained about unnecessary “saber-rattling and war cries”, addressed a common concern, especially wide-spread on the political Left and the far Right, that there is too strong a focus on the military part of the dual-track approach. Although his interview received harsh criticisms in Germany as well, many share Steinmeier’s emphasis on the need to come up with additional policy proposals that could pave the way for more dialogue and de-escalation in NATO-Russia relations.

Berlin will likely insist on some language in the Summit Declaration that stresses the necessity of engaging Russia and NATO’s willingness to cooperate on issues such as arms control and increasing transparency. It will try to avoid the fortification of a new dividing line resembling the one that ran across Germany during the Cold War, trying to keep alive the long-term vision of a security community including Russia.

All these convictions result in a stance that is only contradictory at first sight. From a German point of view, deterrence and a dialogue are not only complementary but also indispensable to each other. Without effective deterrence, there will be no NATO consensus on renewed dialogue with Russia. But without demonstrating its willingness to remain open to dialogue, NATO will not be able to secure domestic support for its new deterrence measures in the long run.

In response to its allies, Berlin will thus contribute its share to the enhanced presence on the eastern flank, while expecting from its allies a stronger commitment to dialogue with Russia. At home, German policy makers will have to convince a conflict-averse population that those new deterrence measures are necessary and that they have explored all options to avoid a military standoff. Critics may argue that the government and major politicians have so far avoided a public debate on the new strategic posture of the Alliance, thus endangering the long-term support by the population. Yet, the government has decided to present its new posture as a minor adaptation to changing circumstances rather than a clear shift in strategy towards Russia. This communication strategy might backfire in the long run. It will likely continue on this path, taking a series of smaller steps and trying to walk the thin line between too much and not enough deterrence. The domestic debate about the best strategy towards Russia will likely become more heated in the run-up to the Bundestag elections in 2017. The debate about Steinmeier’s comments as well as different views on the future of the EU sanctions regime already demonstrate that there is no stable consensus on Germany’s new Russia policy yet.

Finally, although Germany has begun to raise its spending on defense, no one should expect it to fulfill NATO’s two-percent criterion anytime soon. Both politicians and analysts in Germany underline the importance of output measures and also ask whether its partners really want Germany to become not only the dominant European power in economic and political, but also in military terms. In the end, the main goal for Germany will be to forge consensus among NATO members to secure the long-time cohesion of the Alliance and adapt it in a way that all allies feel represented. This also means that Berlin will try to serve as bridge-builder between those member states that think of Russia as the only important threat and those that would rather look south; emphasizing the dangerous mix of fragile states, terrorist advances, and migration pressures in NATO’s neighborhood. Strangely enough for many in Germany, the German government has to play a central role in all these endeavors.

Tobias Bunde is Head of Policy and Analysis at the Munich Security Conference and Research Associate with the Center for International Security Policy at the Hertie School of Governance in Berlin. He was a member of the Atlantic Council’s NATO Emerging Leaders Working Group in the run-up to the NATO Wales Summit. Photo credit: NATO.