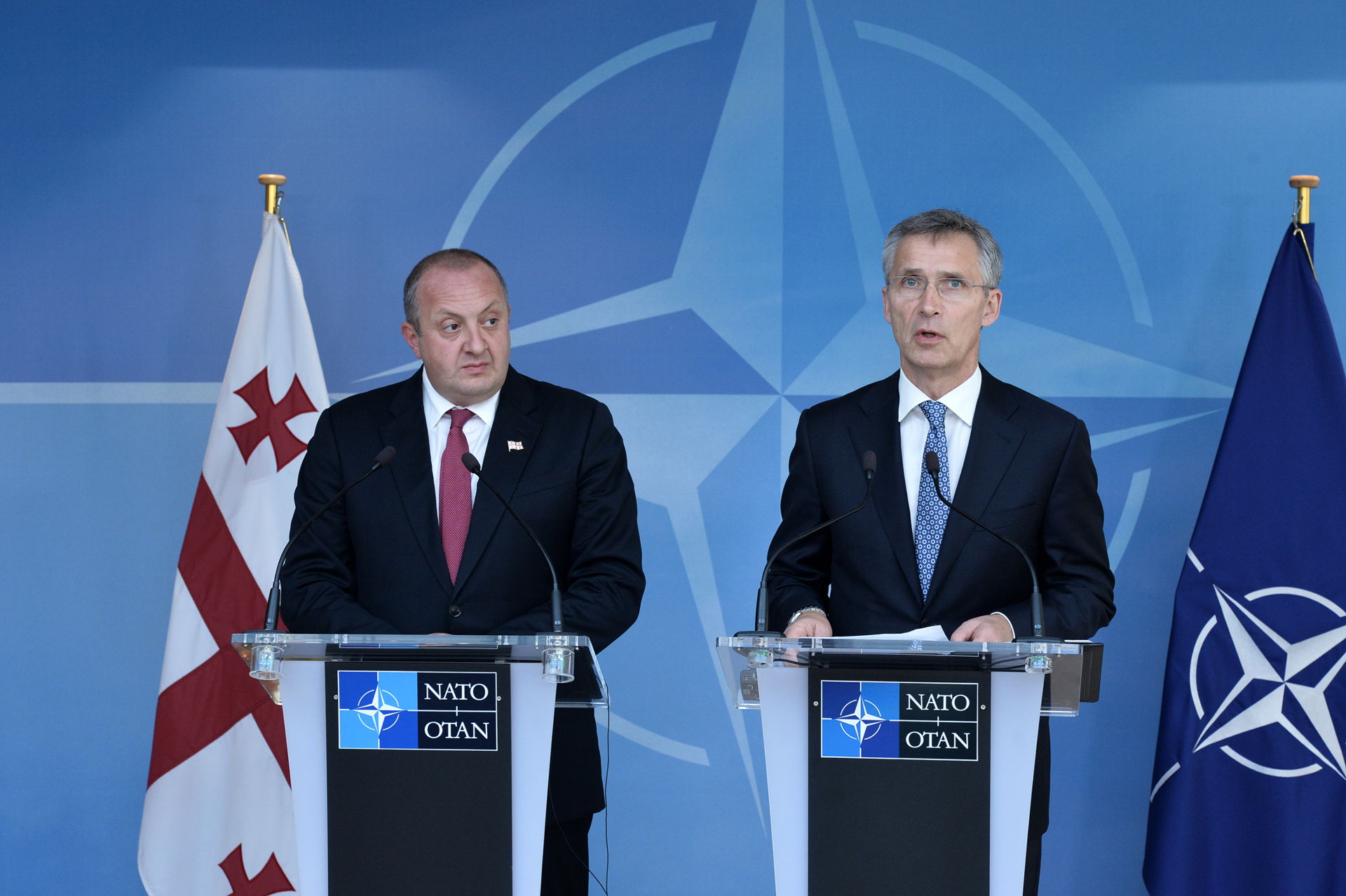 Georgia is wedged precariously between a NATO ambivalent about expansion and a giant neighbor bent on including it in its sphere of influence. At this year’s summit, Georgia hoped to either receive a long-coveted Membership Action Plan (MAP), a direct roadmap for eventual integration with NATO, or to have MAP removed as a precondition for membership. Instead, Tbilisi has modified its expectations to more cooperation formats with the Alliance and receiving more resources for increasing Georgia’s defense capabilities. In April in Kiev, NATO Deputy Secretary-General Alexander Vershbow proposed that NATO invite Georgia to a “28+2” cooperation in the Black Sea, an arrangement modeled on an existing one with non-NATO members Finland and Sweden. Even if that exact plan is not adopted, NATO is interested in increasing its maritime military presence in the region.

As far as NATO technical requirements, Georgia, has been an A student, creating a capable military, solidifying democratic reforms, and participating in a variety of security initiatives, such as Partnership for Peace (PfP) training and exercises related to the substantial package Georgia received at the 2014 Wales summit. The government spends more than 2% of its GDP on the military, a benchmark that only 5 NATO member states meet. The country also willingly participates in several trans-Atlantic security missions, being second only to the United States for troop contribution to the Afghanistan mission and also supports counter-terrorism operations in the Mediterranean. Georgian political support for NATO membership is higher than any other candidate for accession.

So why isn’t the only democratic success story in the Caucasus closer to joining NATO? There are two substantive reasons: its location and its frozen conflicts. A quarter of its territory is occupied by Russia, and the US and Europe are afraid of provoking a revanchist Russia by extending NATO borders. The US Ambassador to NATO Douglas Lute recently said that Russia and the “strategic environment” it created has “put a brake on NATO expansion” for the foreseeable future. Georgian Defense Minister Tinatin Khidasheli wants the country to be judged at the Warsaw “on its own merits” – no Russian approval needed.

However, the Georgian government is under no illusions about Russia or where the allies stand. Tbilisi sees the militant Kremlin as a genuine threat and notes the weak western response to its expansionist tendencies. Aggressive actions from Russia include regular detentions along the Administrative Boundary Line (ABL) with Abkhazia and South Ossetia, gradual expansion of the Russian border infrastructure (creeping annexation), and political disenfranchisement of ethnic Georgian voters in Abkhazia. Folks on the border of the ABL continue to live in a precarious and unpredictable security environment. As one foreign ambassador in Tbilisi described the situation, now the Kremlin’s eye is fixed on eastern Ukraine, but it might turn to the south next. Only seventy-five kilometers of Tbilisi-controlled Georgian territory separates Russian border guards in South Ossetia from the Russian base in Gyumri, Armenia.

Georgia has been pursuing a pragmatic and patient relationship with Russia but with the full knowledge that the Kremlin’s end game is power and influence over its smaller neighbor. Russia, in turn, consistently antagonizes Tbilisi extracting a series of territorial, security, and political concessions from its less powerful neighbor. The Georgian leadership fears being relegated to the gray zone between Russia and Europe, where Moscow can exert its will without regard to Georgian preferences.

Georgia’s ties with Europe and the US are strong; western military and development aid remain robust. NATO will highlight the country’s progress implementing its recommendations; Secretary-General Jens Stoltenberg reiterated that and also said, “We will continue to work with Georgia, we will continue to defend Georgia’s rights to make its own decisions and we will continue to work on reforms and help Georgia moving towards NATO membership.” Georgia, however, needs more robust support from the Alliance to offset Russia’s ambitions and to guarantee that it remains in control of its own destiny.

Laura Linderman is a Research Fellow with the Dinu Patriciu Eurasia Center at the Atlantic Council. Photo credit: NATO.