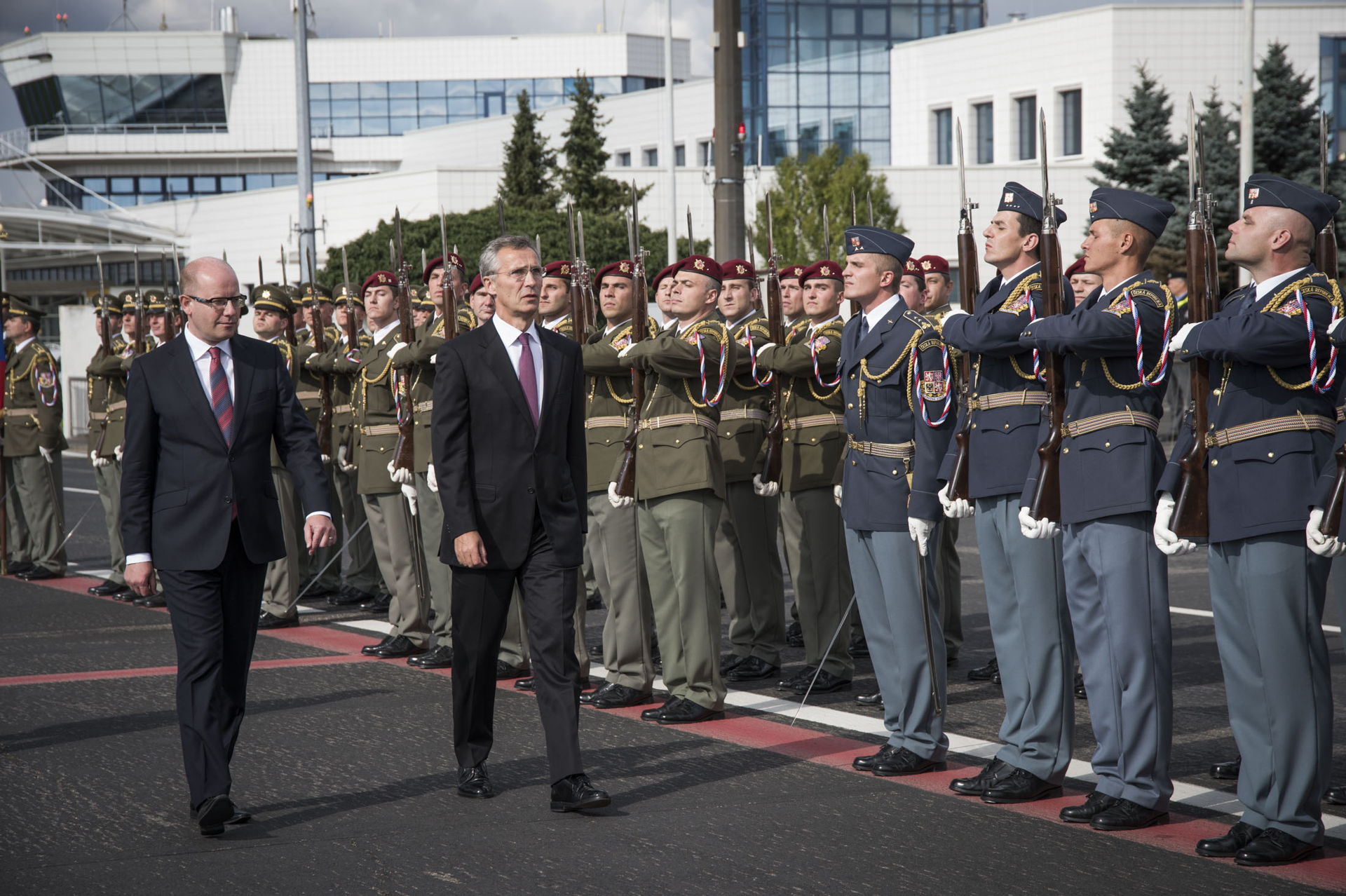 Apart from being one of the most important meetings for the entire Alliance, the upcoming NATO Summit in Warsaw will also carry some special significance for the Czech Republic, as well as a quite extraordinary symbolism of its own.

Thanks to their membership in NATO, the Czechs and the Poles have become allies for the first time in their modern history. Yet, an alliance between Prague and Warsaw has not always been a given. Between 1919 and 1939, Czechoslovakia and Poland faced each other in several armed conflicts over contested border territories. That did not change when they both joined the Warsaw Pact. Poland, as an “ally,” participated in the occupation of Czechoslovakia in 1968, while the Czechoslovak leadership was ready to obey orders from Moscow and intervene in Poland in December of 1980.

Just a few days prior to the Warsaw summit, an important historic milestone took place. July 1, 1991 is the day the Warsaw Pact was officially disbanded in Prague. This military pact, designed and fully controlled by the Soviet Union for providing support for its policies during the Cold War, was established in Warsaw, the same city where the NATO Summit is taking place now. It is remarkable that one of the key topics for allied leaders will be how to deter Russia in response to its recent actions.

A quarter of a century ago, the Warsaw Pact was dismantled in Prague, where the first-ever NATO Summit hosted by a former Soviet bloc country took place in 2002. In light of Russia’s behavior, it is very relevant to ask what the situation in Europe would be today, had not the Alliance decided in Prague to welcome seven new members, especially the Baltic states?

Since the fall of Communism, Central and Eastern Europe have enjoyed three decades of freedom, security and unprecedented economic prosperity. This present state is a direct result of decisions and steps taken during the process of Euro-Atlantic integration. We realize now that these were not only declaratory steps in the spirit of the “Return to Europe” slogan, but they also had a clear security significance for all the states in the region.

Applying this logic further stipulates that the future security environment is shaped by the steps we are taking today. During history, Central and Eastern Europe have often been the subjects of competition between Europe’s great powers. The populations and governments have been repeatedly let down by the decisions made elsewhere; be it in Munich, under the Ribbentrop-Molotov pact, or at Yalta.

Yet, unlike the past, the region holds its fate in its own hands today and benefits from the strongest security guarantees in the international system. The reliability of NATO members in Central Europe will determine the attitude other allies display toward them. Thus, a key question for NATO members in this region is how well will they fulfill the commitments that they embraced when they joined the Alliance? The Warsaw summit brings a unique opportunity for some governments to stop acting as free-riders of NATO security.

It looks like an unlikely coincidence that only a few weeks before the summit, an initiative appeared in the Russian Duma to give “war veteran” status to those Soviet Army members who took part in the occupation of Czechoslovakia. This will grant those who fought against their Czech and Slovak Warsaw Pact allies the same moral and benefits status as has been awarded to the Red Army soldiers who fought against the Nazis.

Thanks to its NATO membership for almost two decades now, the Czech Republic enjoys the strongest security guarantees in its history. The public support for NATO membership is consistently high, reaching some 70% in recent years. In cooperation with NATO allies, the Czechs actively contribute to providing collective security. Since 2002, the Czech Armed Forces have been continuously deployed to Afghanistan and last month, the Parliament approved the extension of our Resolute Support deployment until 2018. The Czech flag flies alongside other contributors in the EU mission in Mali, the UN mission at the Sinai Peninsula, as well as in Iraq again, where the Czech instructors have just started to train Iraqi pilots of the Czech-made L-159 attack aircraft delivered for combatting the so-called Islamic state. For this fight, the Czech and US air forces have transported tons of ammunition and weapons from the Czech Republic for the Kurdish warriors in Iraq.

Within NATO missions, the Czech Air Force is about to begin its second deployment for air surveillance over Iceland. Although Prague will not be hosting a NATO Force Integration Unit (NFIU) after an intensive domestic debate, our commitment to the support of the defense of the Baltic states remains strong. That is why, during the Czech Republic’s presidency in the Visegrad 4 group, a joint deployment of the Czech, Hungarian, Polish and Slovak forces (the so called “Visegrad 4 EU Battle Group”) has been agreed in the Baltics on a rotational basis and starting from 2017.

One of the most pressing challenges for the Czech Republic is to increase its defense spending. I am very happy and proud that during the Jagello 2000’s national security conference in 2014, the leaders of all democratic parliamentary parties signed a Declaration on Defense of the Czech Republic, committing to a gradual increase of the country’s defense budget to 1,4% of the GDP by 2020. The Declaration was also used by the Czech delegation during the Wales NATO summit in 2014.

What are the Czech interests and expectations from the Warsaw Summit? The Czech security community has always seen Poland as a natural regional security leader. The current political developments in Poland have not changed this perspective. As far as the Czech Republic’s interests are concerned, it will be important that the Alliance in Warsaw declares its unity in discussions over security threats coming from the east and from the south. Even more important, however, will be the real implementation of the agreed policies in the period ahead, in order to maintain NATO’s credibility. Honoring the deals made in Warsaw will be crucial for the future of NATO.

Equally crucial will be NATO’s strategic communication towards the widest public so that our citizens understand as well as endorse the measures agreed upon at the summit. Without a long-term public comprehension and support, NATO leaders will face increasingly difficult conditions to fund the troops and military capabilities needed to deter aggression in Europe.

In the Czech Republic, the Warsaw summit is currently overshadowed by the latest developments in the European Union, especially after the “Brexit” vote. Yet, the Czech public remains very sensitive about the continued security threats emanating from the east and from the south. This is so despite massive hybrid propaganda trying very hard to install a feeling that there are no dangers from the east, on the contrary, that the US reaction to the situation in Ukraine is creating such a threat. The finest example of the Czech public’s attitude was the US Army “Dragoon Ride” from the Baltics back to its base in Bavaria, Germany. The pro-Russian propaganda was doing everything possible to sell the story about the US soldiers not welcome in the Czech Republic. Yet, the reality turned completely different. Countrywide and in bad weather, thousands greeted the convoy with no protests against the transport. The overwhelming mood of the Czech public was best illustrated by a group of men at the Czech-Polish border crossing who displayed a sign that read: “You Are 70 Years Late”.