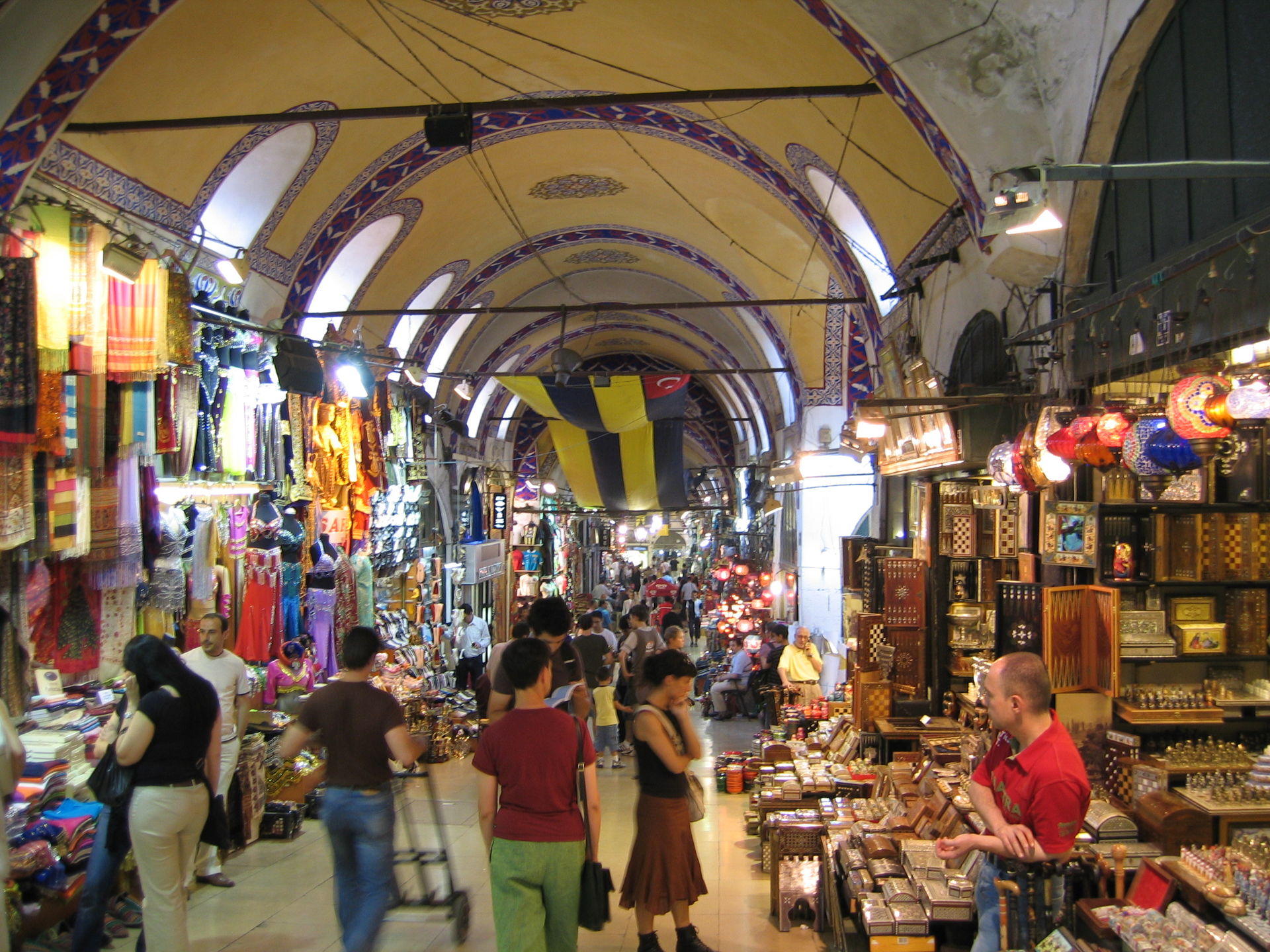 In the wake of yet another terrorist attack against a NATO member, a key priority for the Alliance must be to re-evaluate its counterterrorism mission as member states prepare to meet this week in Warsaw.

Since the 2014 NATO Summit in Wales, major terror attacks conducted by the Islamic State in Paris, Brussels, and now purportedly in Istanbul have hit the Alliance at home. In control of territory bordering a NATO member (Turkey), IS’ retrenchment into tactics more akin to a traditional insurgency and global terror organization has presented an immediate threat to NATO’s southern flank. Meanwhile, ISIS’ terrorist activities have become increasingly networked within the member states, leveraging  a migrant crisis to near-freely supply diffuse groups of foreign fighters across Europe with weapons, intellectual capital, and personnel.  In sum, this has allowed ISIS to present a challenge which the member states are proving ill-equipped to manage on their own.

In such an unprecedentedly dynamic environment, intelligence and law enforcement services on both sides of the Atlantic have been forced to coordinate their counterterror efforts to track and limit the effectiveness of these groups. However, embarrassing gaffes such as the release of Ibrahim el-Bakraoui[1]—one of the three perpetrators of the Brussels attacks—by Dutch authorities following deportation by Turkish officials less than a year prior demonstrate anemic and ineffective intelligence sharing between the member states. Grave missteps such as this underscore how absent the infrastructure is for an effective multinational counterterrorism strategy in Europe, and why many states have been incentivized to silo their counterterror operations. As a result, while ISIS’ activities across Europe have become more networked, counterterror efforts in the west have yet to follow suit—with dreadful consequences.

Such a capability gap has led many officials to call for a multilateral counterterror organization. Ideally, such a mechanism could alleviate much of the inefficiencies caused by individual intelligence services working by in large on their own. One suggestion—a ‘European CIA’[2]—could conceivably liaise between and aggregate the intelligence gathering efforts of the various security services, or potentially even conduct its own counterterror operations.

While ambitious, building such an institution is more difficult than it seems. Bilateral liaising between national intelligence services is underscored by the need to protect sovereign sources and methods, and distrust in the security of a partner state’s ability to protect that information or use it properly often disincentivizes complete forthrightness. This underlying distrust grows exponentially when intelligence is shared multilaterally. Meanwhile, institutional gaps between intelligence services and local law enforcement—the two critical pieces of domestic counterterrorism—regularly hinder established multinational partners such as Europol, which as an EU organization is prevented by the Lisbon Treaty[3] from playing an intelligence role. Furthermore, the operational role of local law enforcement remains solely within the jurisdiction of the sovereign state, limiting any prospective independent counterterror operations conducted by a multilateral organization. Resolving either of these issues would require incredible amounts of political capital to be expended by the member states, and given the broad crisis in confidence in established institutions in Europe it is likely that a new institution such as a ‘European CIA’ would be unable to find the political buy-in necessary to aggregate certain counterterror efforts, rendering it wholly ineffective.

This prerequisite of political buy-in is why NATO can—and must—play a significant role to support the transatlantic alliance’s broader counterterror efforts. While NATO’s role in counterterror operations has traditionally been limited to theaters of NATO missions rather than within the member states themselves, the principle of collective security shared by its signatories has fostered a level of trust on national security matters which far surpasses that of any other existing—or potentially new—multilateral institution. Further, a robust counterterrorism capacity within NATO is especially valuable when one considers the partnerships embedded within it, particularly the membership of the United States and Turkey which are both absent as signatories to any other European security, intelligence, or law enforcement architecture. Given the attacks last Tuesday, Turkey in particular must be considered a frontline state and cornerstone of any robust European counterterror capacity.

The precedent for NATO to take on this role exists. NATO’s Policy Guidance on Counter-Terrorism[4], last updated at the 2012 Summit in Chicago, is designed to complement member state counter-terror efforts across three areas: Awareness, Capabilities, and Engagement. Where NATO’s role must improve is in the area of awareness, which relies on passive mechanisms[5] (information volunteered by security services, responses to consulting requests, independently gathered information, and alert services) to provide intelligence support to counterparts within the alliance.

Playing a larger counterterrorism role necessitates that NATO empowers the awareness pillar to become more active—particularly in border, or at-risk members—and act as a near real-time intelligence conduit between member states to support the counterterror efforts of the greater alliance. Recent reports of NATO’s ‘revamped intelligence structure’[6] and of a new Assistant Secretary General for Intelligence[7] to be announced in July suggest that an expansion of the counterterror mission is already underway. While details of this structure are yet unknown, a successful model to base it off of could be the NATO Intelligence Fusion Center (NIFC)[8]—established by Atlantic Council Board Director and then-SACEUR Gen. James L. Jones, Jr.—which has long supported the intelligence integration of NATO operations in Libya and Afghanistan and anti-piracy missions in the Gulf of Aden by coordinating with the military intelligence branches of participating members.

If built correctly, a ‘revamped structure’ would act similarly to (if not be housed within) the NIFC and be an active liaison partner specifically with member-civilian intelligence services rather than as a passive recipient of mission-oriented intelligence. It would then play a role similar to that of Europol or Interpol, coordinating with concerned member law enforcement agencies based on liaised intelligence, but ultimately leave operational execution to the member state. This would help at-risk countries to better connect the dots on specific individuals or threats by providing a partner which is designed to aggregate intelligence at the multinational rather than domestic level, while allowing local law enforcement to utilize the intelligence as a sovereign and domestic entity, providing an at-least functional alternative to the current status-quo.

To accomplish this, NATO must bridge the cultural gap between an expanded intelligence service—particularly a now-multinational one—and local law enforcement agencies which remain within the realm of the sovereign state. Here lessons can be learned from multilateral law enforcement institutions such as Europol, which is accountable to a board comprised of representatives from each participating state[9], and rely on in-country teams to liaise with law enforcement rather than the contributing intelligence services themselves[10]. Furthermore, an effort to shore up NATO’s security clearance architecture, however menial or symbolic, could be a positive step in improving the trust in the management and protection of classified sources and methods—particularly in order to reinforce member confidence in its eastern allies.

Ultimately, such an expanded role for NATO in counterterror and intelligence will require the full buy-in from the member states, else it risk the same ineptitudes of the status-quo. Here it is worth recalling that the only time NATO has declared Article 5 in its sixty-plus year history was following a terror attack—the attacks on the World Trade Centers on September 11[11]—which revealed the consequences of  an eerily similar habit of stovepiping within the United States’ intelligence community that exists today between the member states. Should ISIS’ acts of terrorism remain an “act of war”[12] as some European Leaders have called it, NATO’s counterterror mission is all the more critical now that terrorism has come home to Europe’s doorstep. If it hasn’t already, the Alliance may find that its counterterrorism mission is increasingly the ‘existential threat’ it was originally designed to protect against, then the member states should not wait for the next catastrophe to supply NATO’s counterterrorism function with the political will it needs to be effective, and make it a priority this week in Warsaw.

[3] Article 4 of the Lisbon Treaty mandates that powers absent from the treaty to remain exclusively under the purview of the member states, of which oversight/involvement in intelligence services is one. http://www.lisbon-treaty.org/wcm/the-lisbon-treaty/treaty-on-european-union-and-comments/title-1-common-provisions/5-article-4.html