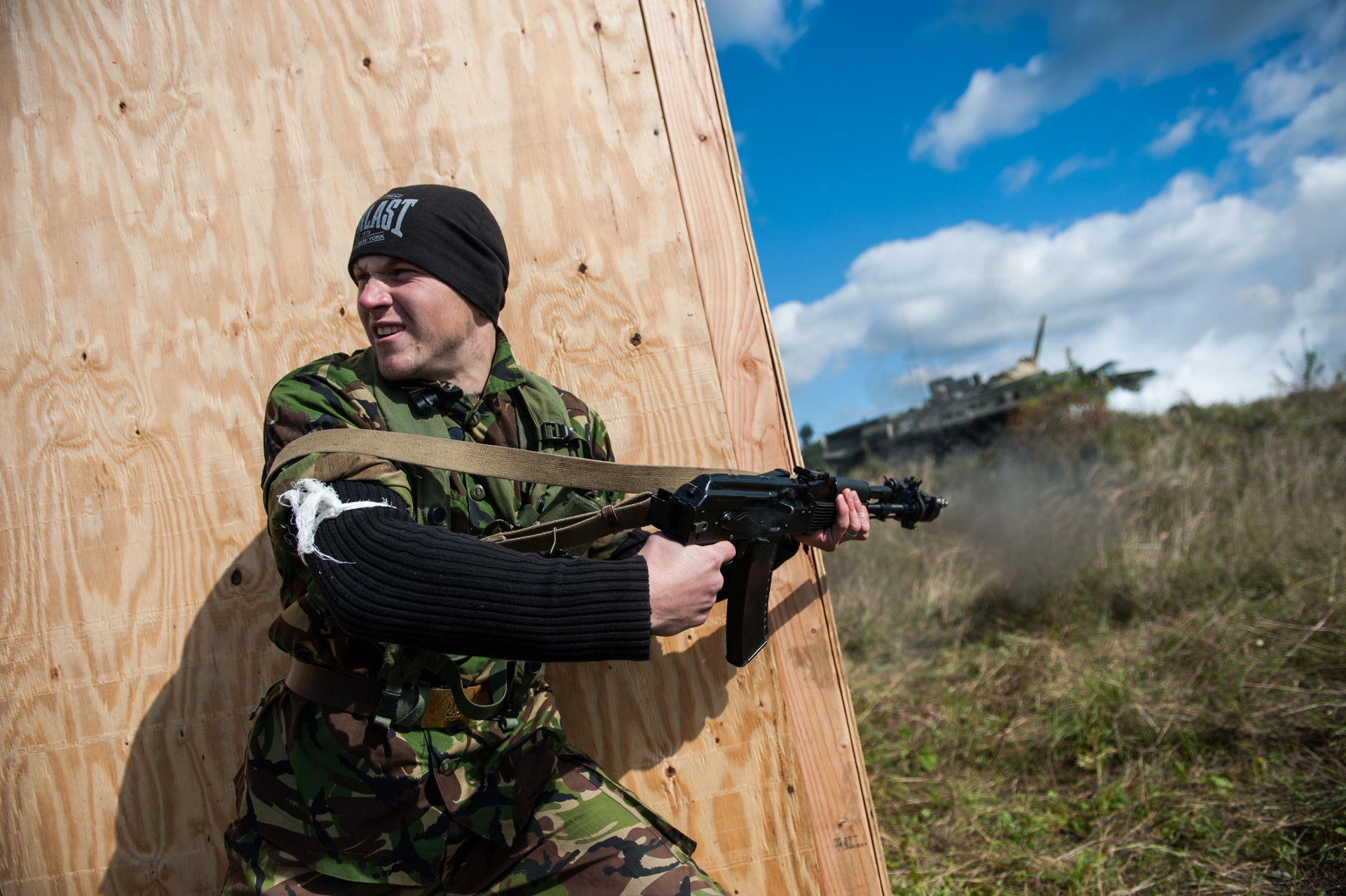 NATO has decided to bolster its military operations in Central Europe to better deter and, if necessary, defend against Russian aggression. Toward that end, Alliance military authorities have been tasked to develop plans for the deployment of multinational units, possibly battalions or brigades, that will be deployed on a persistent basis along NATO’s eastern frontier. NATO heads of state are expected to approve these plans at a summit meeting in Warsaw this July.

Ukraine should offer to contribute to this enhanced NATO presence. High-level Ukrainian national security officials have urged the international community to be bolder in its response to Russia’s provocative military actions. NATO’s July summit provides Ukraine with a significant opportunity to be consistent with its own rhetoric.

The deployment of a battle tested, Ukrainian infantry company or larger unit to reinforce the defense of NATO territory in Central Europe would be a positive contribution to the Alliance force posture in the region. As NATO commanders finalize their plans, now is the time to present such an initiative to the Alliance.

Contributing to this NATO mission would not be a first for Ukraine. Its military has participated in Alliance operations with distinction. In the 1990s, Ukraine supported NATO’s peace-support operation in Bosnia and Herzegovina. It continues to provide personnel to the Kosovo Force today. Ukrainians have served in NATO’s training missions in Iraqi and Afghanistan and Ukrainian ships joined NATO’s Operation Active Endeavor and Ocean Shield, the Alliance’s maritime patrol missions in the Mediterranean and along the coast of the Horn of Africa. Ukraine was the first non-Alliance country to have contributed military capabilities to the NATO Response Force, a rapid-reaction group able to defend any ally, deploy anywhere, and deal with any threat.

By offering a military unit to the forward defense of NATO member states, Kyiv would underscore its commitment to Alliance security and values. Ukraine’s ambitions include attaining NATO membership, and toward that end, Ukraine should act as a de facto ally, which means proactively sharing in the Alliance’s burdens. Active participation in NATO missions has always been among the most effective strategies toward this goal.

Second, Ukraine’s military adopted NATO standards and tactics so that its forces can be fully interoperable with those of the Alliance. Embedding a Ukrainian unit into a NATO task force would be an outstanding way to further develop such interoperability. Ukrainian units would gain valuable experience participating in a significant NATO operation and all the tasks, training, and exercises it entails.

Third, the Alliance would benefit greatly from the integration of a combat-tested Ukrainian unit. This goes beyond the provision of men and equipment. The Ukrainian military has been in sustained, often intense, combat with Russia over the last two years. When it comes to understanding and countering the latest infantry, artillery, tank, drone, electronic warfare, and other capabilities, technologies, and tactics of the Russian military, there is no military unit in the West that can match the battlefield experience of Ukraine’s armed forces.

Ukrainian military units and personnel trained by the United States have been praised by senior US military commanders for their professionalism and morale. And the sharing of experience in these engagements has been reciprocal; the Ukrainians have provided invaluable insight into the tactics and technologies of their adversaries. Lieutenant General Ben Hodges, commander of US Army Europe, has observed that “none of us [NATO Allies] have ever been under Russian artillery and rocket fire like the Ukrainians have.”

As NATO positions itself to better deter and defend against Russian forces, the Alliance would be foolish to turn down an opportunity to incorporate into its operations units from the Ukrainian military and all the highly relevant operational experience and knowledge they would bring to this challenging mission.

Ian J. Brzezinski is a Senior Fellow at the Brent Scowcroft Center on International Security at the Atlantic Council in Washington, DC. Markian Bilynskyj is the Director of the Pylyp Orlyk Institute for Democracy in Kyiv. Photo credit: US Department of Defense/Spc. Joshua Leonard, U.S. Army