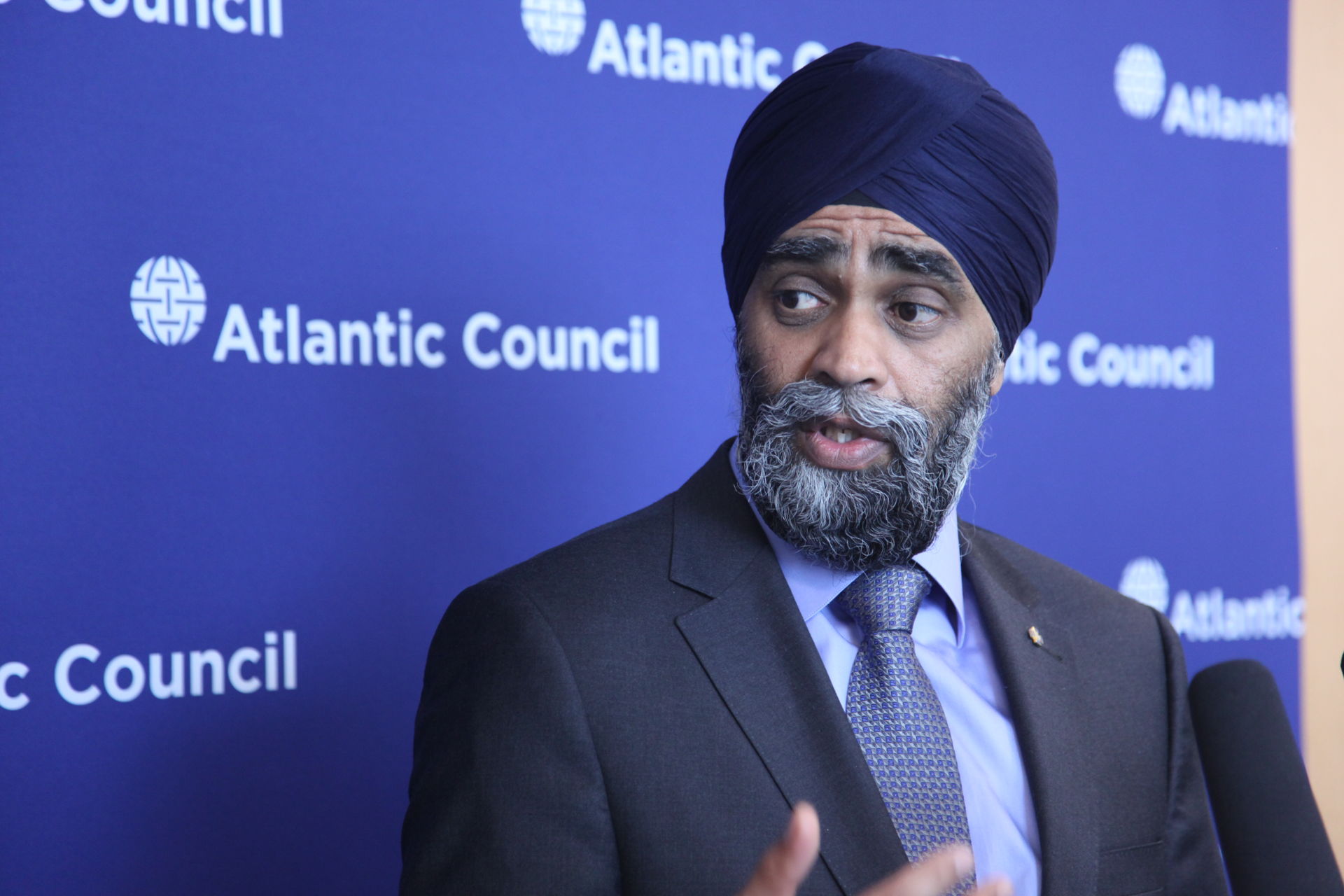 NATO member states’ defense expenditure must be measured in much more than just budgetary terms, Canada’s Defense Minister, Harjit Sajjan, said on May 12.

“We had 158 soldiers who died, sacrificed, in Afghanistan. This is a contribution that we made,” Sajjan, a veteran of the Afghan war, said in a brief interaction with journalists at the Atlantic Council.

“Contributions should be measured in many different ways, but having said that, we will be looking at our spending priorities and the defense review will give us the answers,” he added, referring to the defense review—the first for Canadian Armed Forces since 1994—that has been ordered by Canadian Prime Minister Justin Trudeau. The review, which will include feedback from the public and analysts, is expected to be unveiled in early 2017.

Chuck Hagel, a former US defense secretary who serves as distinguished statesman at the Atlantic Council, agreed that there are “legitimate” concerns about NATO members’ defense spending.

All NATO member states “have to put something on the table,” Hagel  said at the Atlantic Council on May 10. “If a nation thinks its security is the highest order—and most nations do—then they should be willing to make that contribution.”

“Every country contributes in their own way. There has to be some equality of contributions, not in the scope of it because most NATO countries don’t have the same capacity,” he added.

Sajjan said Canada, just like any other nation, needs to look at its international responsibilities. “We, as Canada, will make a decision based on what type of military capability, size, composition is going to be needed for Canada,” he said, “or more importantly, how we integrate with our multilateral partners, especially within NATO.”

The ongoing defense review is key to that assessment, he added. The review will set the stage for the purchase of defense equipment. It also considering whether Canada will join the US ballistic missile defense program and how to ramp up Canada’s shipbuilding capabilities.

The review will ensure that “all the new capabilities that we are bringing in now—fighters and ships—are going to be geared for the future, not just for the current threat,” said Sajjan.

Soon after taking office in November of 2015, Trudeau decided to refocus Canada’s role in the coalition that is fighting the Islamic State of Iraq and al-Sham (ISIS). He ended Canadian air strikes in Iraq, but expanded its special forces training mission with the Kurdish Peshmerga fighters in northern Iraq.

Defense ministers from the countries that are part of the anti-ISIS coalitionmet earlier in May in Stuttgart, Germany. Sajjan was part of that meeting.

The fight against ISIS has been hamstrung by deep sectarian rivalries within Iraq, especially between the Iraqi army and the Kurdish Peshmerga. These divisions have been brought into sharp focus as preparations are underway to liberate the northern Iraqi city of Mosul. Canadian special forces are advising and assisting the Peshmerga who are part of this fight. “Right now, the military plan is well underway, but there is no timeline for it,” Sajjan said, referring to a timeline to retake Mosul.

While expressing satisfaction with the training of the Iraqi security forces “from the north all the way into the south,” Sajjan said: “We feel that it is progressing well, but we also know that there are challenges from the political realm. Making sure that the various groups come to a compromise and start working early together so that when Daesh is defeated we do not fall into the same rut as we did in the past that created the problem in the first place.” Daesh is another term for ISIS.

“We are confident that the different groups will cooperate together. That is important for the success of the entire country, not just their individual groups,” he added.