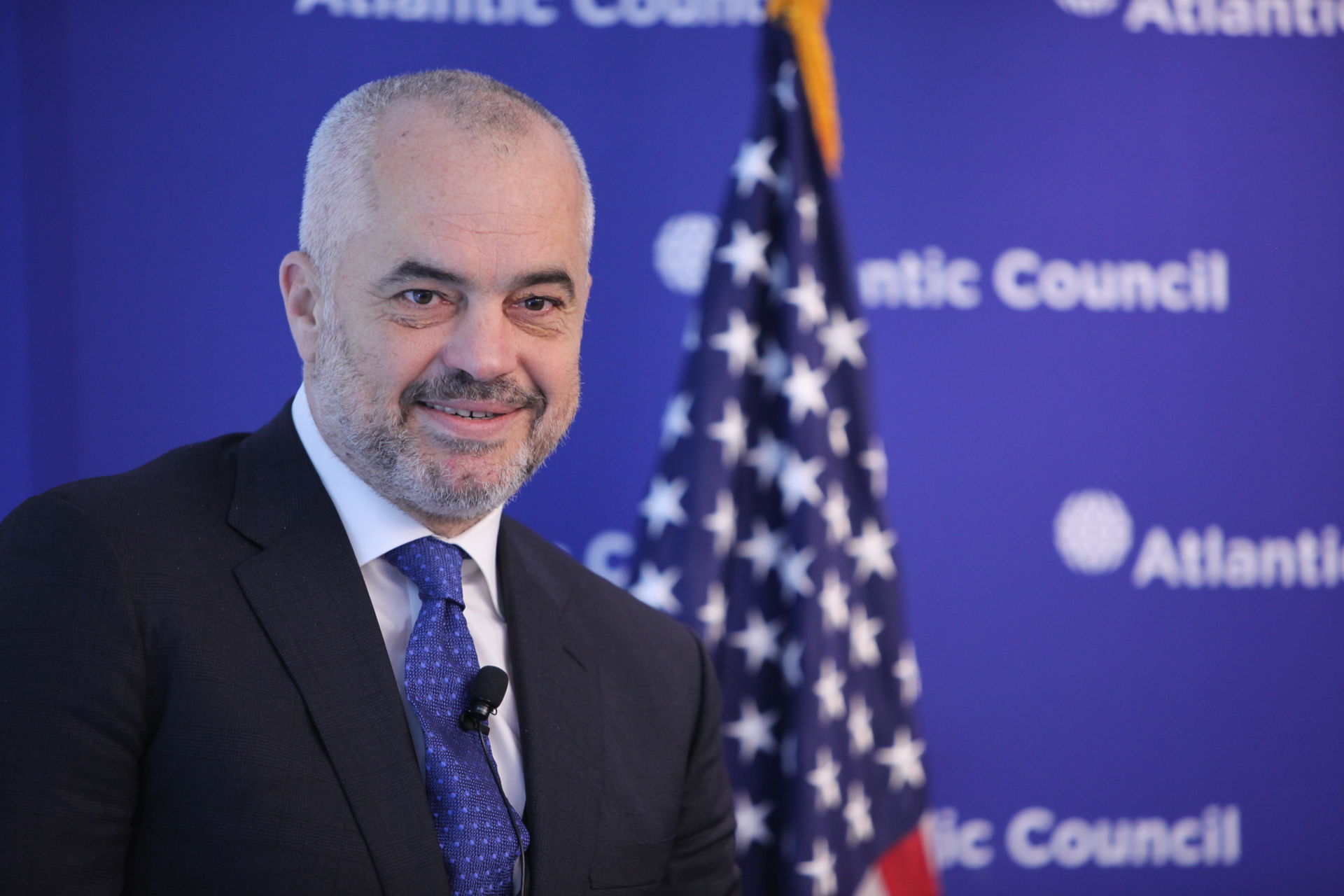 A combination of economic, security, and migration challenges facing Europe could “fuel instability in the Western Balkans” and “bring more uncertainty to the south and east,” Albania’s Prime Minister, Edi Rama, said on April 13.

Rama contended that Balkan states such as Albania—eager to deepen their European integration—believe EU enlargement has become a “secondary” priority for Brussels.

“The increasingly fragmented climate among EU member states over Europe’s capacity to successfully overcome…challenges has triggered some concern in the Balkans that other strategic issues, such as European Union enlargement, have now become secondary issues for the foreseeable future,” said Rama.

The Prime Minister listed the Islamic State of Iraq and al-Sham (ISIS), the migrant crisis, and political radicalization as among the top challenges facing Europe. He expressed dismay at the dearth of a more welcoming European response to migrants fleeing war zones in the Middle East and amazement that Donald Trump is a presidential frontrunner in the Republican Party, which nominated Ronald Reagan.

More than 1.2 million migrants fled to Europe last year in what has been the largest movement of people across the continent since World War II. A majority of the migrants are fleeing wars in Syria, Iraq, and Afghanistan.

Describing the migrant crisis as the number one challenge facing Europe, both in terms of security as well as values, Rama said the European response has been “slow and confused.” German Chancellor Angela Merkel’s warm welcome to the migrants was the one ray of light, Rama noted. “If one would try to imagine that Angela Merkel did not exist, then the panorama would be much more gloomy and the European answer to this challenge would be far less dignified,” he said.

Germany has taken in hundreds of thousands of migrants to date. Merkel’s response has “underlined the European values and principles, but we cannot say the same for the European Union as a whole,” he added.

Rama said the EU’s leadership on the migrant crisis has not always been clear and that the response from some countries to the migrants has been “unbelievable.”  Hungary, for example, shut its borders and built fences to keep the migrants out. “The most disturbing part…is the lack of a strategic European Union,” said Rama.

In the absence of a coherent EU response, officials from Albania, eight other Balkan nations—Bosnia, Bulgaria, Croatia, Kosovo, Macedonia, Montenegro, Serbia, and Slovenia—and Austria decided on February 24 to slow the entry of migrants into their countries noting that it was “not possible to process unlimited numbers of migrants and applicants for asylum.”

Less than a month later, the European Union and Turkey reached a controversial deal under which all migrants who attempt to enter Europe via the Aegean Sea will be sent back to Turkey. In a “one-to-one” swap, Europe agreed to take in one Syrian from a Turkish refugee camp for every Syrian returned from Greece. That number has been capped at 72,000.

Rama listed violent extremism among the major challenges facing Europe today. This enormity of this challenge was underscored by terrorist attacks in Paris on November 13, 2015, and in Brussels on March 22 of this year. ISIS claimed responsibility for both the attacks. Albania is a member of the the US-led anti-ISIS coalition and has taken steps to counter terrorist financing and stop the flow of foreign fighters.

Noting that terrorism based on religion is not a new phenomenon, the Prime Minister said: “Today we are confronted with ideas wrapped into a political project with a distorted interpretation of Islam.” Confronting this challenge will involve a long-term fight directed at ISIS, but also at the hearts and minds of people who are receptive to its ideology, he added.

Rama noted the increasing political radicalization in the West where mostly far-right parties have fueled and exploited an anti-Muslim backlash that has followed terrorist attacks in Europe.

“How Donald Trump can be someone that possibly will be the nominee of the party that nominated Ronald Reagan? And then you realize there is a…big space where ignorance about simple basic notions about the faith of the other has created the fertile ground for this kind of radicalization,” Rama said, adding that such political radicalization further alienates Muslims.

The Prime Minister said it is impossible to fight such political radicalization with “charming” arguments about democratic principles. Instead, it is much more effective to “give people the tools to not be fools when they hear about Muslims, when they hear about Christians.”

In March, the United States and Albania marked the 25th anniversary of the restoration of diplomatic ties between the two countries. As a member of the anti-ISIS coalition, Albania has provided military equipment and ammunition to Kurdish Peshmerga fighters. It has also supported NATO’s mission in Afghanistan. The United States is assisting Albania with judicial reforms and the two nations formalized a strategic partnership agreement in 2015.

Rama, who will meet US President Barack Obama and Vice President Joe Biden on April 14, expressed thanks for US support for the Western Balkans as a whole and Albania in particular. This is a “big success story” of US foreign policy, he said.

“We need today the United States more than ever, as we need the European Union today more than ever,” he said, noting that the Western Balkans is today in the “best political moment in our history”

In his meetings in Washington, Rama and his team will look at developing a relationship with the Federal Bureau of Investigation (FBI) in an effort to build their own capacity to go after organized crime.

Albania is an official candidate for the accession to the EU. On a brief visit to the Albanian capital, Tirana, in February, US Secretary of State John Kerry commended the steps Albania has taken toward European integration and said it was on the “right track.”