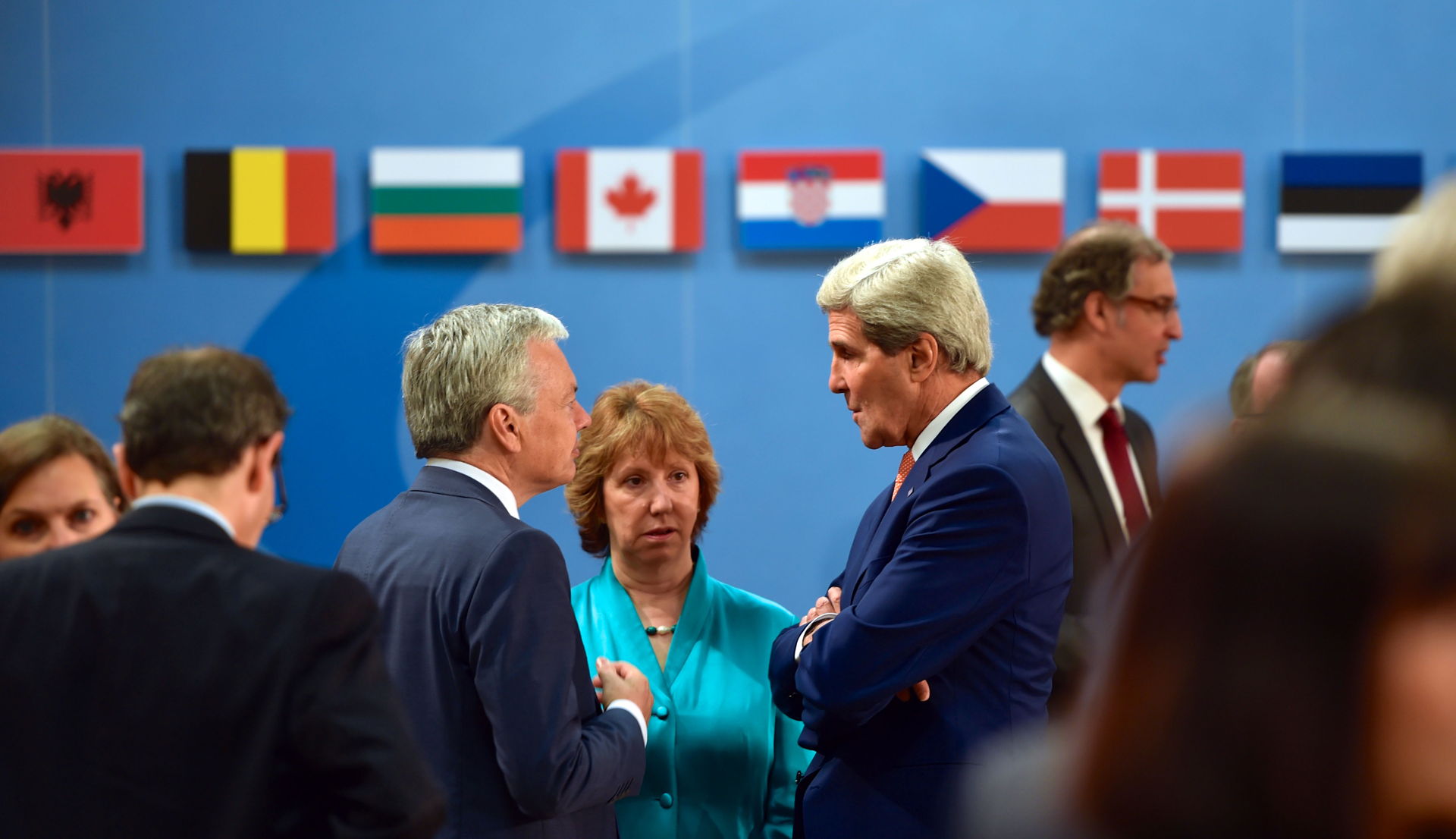 The March 22 terrorist attacks on Brussels—in the heart of the European Union’s citadel—are an attack on all of Europe.

The Brussels attacks were not unique. In 2015, terrorists attacked the offices of the satirical publication Charlie Hebdo in Paris on January 7 and struck again in the French capital on November 13. So why has Europe, and not the United States, become a prime terrorist target?

First, geography. The new hotbeds of terrorism in the Middle East are closer to, and have much stronger reach in, Europe. Terrorist networks have penetrated and infiltrated Muslim communities across Europe.

Second, Europe has done a poor job of integrating Muslim immigrants. As a result, disenchanted and marginalized members of these communities are ripe for extremist recruitment. European governments have failed to effectively counter extremist propaganda.

Third, Europe is facing the consequences of its reluctance to respond militarily to the rise of the Islamic State of Iraq and al-Sham (ISIS) in the Middle East. ISIS, unlike al Qaeda, is territorial. It goes after soft and less spectacular targets. Europe offers plenty, while the United States offers fewer an ocean away.

Make no mistake: the United States remains a prime terrorist target. It was no coincidence that the bombs that went off at Zaventem airport in Brussels targeted American Airlines. But Europe is closer and more vulnerable.

What’s next? It depends primarily on Europe’s response and secondarily on transatlantic and international solidarity.

Europe has a choice between forging stronger unity under the EU or going national. This choice could not come at a more difficult time for Europeans when economic insecurity, the migrant crisis and related European anxieties about identity, and the prospects of the United Kingdom leaving the EU—a Brexit, undermine confidence in the Union.

A Brexit is a folly courting disaster. It would undermine the EU—and destroy the United Kingdom by rekindling Scottish yearning for nationhood. It would spark a secessionist frenzy in other corners of the EU— there are already murmurs of a “Czexit” in the Czech Republic. But as history clearly shows, Europe is stronger united, not divided.

Europe is fracturing in the face of these challenges. The immediate response from European leaders has, fortunately, been calls for unity. But this rhetoric must be followed through with action else it will ring hollow. This is time for leaders to be leaders, not followers, and prove that they can sustain peace and security in Europe. If they do not, they will be overwhelmed by the populist tide of antiestablishment parties.

The EU’s future will be determined in part by how it responds to acts of terrorism. Either the EU stays united in the face of this challenge or it will break up, de facto if not institutionally. Or it will become a smaller, weaker, and poorer version of itself.

The United States can play an important role by standing by the EU at this critical juncture. Friends are friends in time of need. Strengthened US-EU cooperation is critical. The United States and the EU need good news stories. Transatlantic leaders need to reinforce bridges between our societies and cultures that are under threat. This will encourage the EU to make difficult but important decisions, including balancing privacy and civil liberties, outlined under the jointly agreed Data Privacy and Protection Act, with bolstering the EU’s ability to monitor threats through the sweeping upgrade of the existing Passenger Name Record. The theology of privacy cannot come at the expense of safety and security.

The United States must avoid the psychological mistake that many Europeans made after the September 11, 2001, attacks—they expressed compassion and solidarity, but deep down thought: “it’s America al Qaeda wants, not us.” The Paris and Brussels attacks should not lull Americans into a false sense of security. Europe is more vulnerable but ISIS is waging a “transatlantic” war. The United States is also in the line of fire.

Beyond the transatlantic sphere, ISIS is waging a war against the international community. The Middle East and North Africa are at risk. Iraq and Syria are war zones. Libya is a failed state whose unraveling could ignite instability across the entire Mediterranean, especially in already fragile countries like Tunisia, Egypt, Jordan, Algeria, and Mali. The influx of migrants from the war zones in Iraq and Syria is destabilizing Lebanon and Turkey. The international community must rise to the challenge. That means a more active engagement at the international level, principally through the United Nations, to solve the root cause of the problem.

This means cooperating with Russia and China, despite political tensions and differences. Working with Russia does not mean that the transatlantic community is ignoring its military aggression in Ukraine. There is no trade off between Syria and Ukraine. But we should combine resources against ISIS and other terrorist organizations.

Clearly Europe needs a strategy to confront the enemy within, including the foreign fighters traveling to and from Syria. This requires going after the money and targeting illicit trade, including of arms. The United States can offer crucial support, but the EU has to step up and lead the fight.

The EU also needs to accept the fact that it is involved in a war. Together with the United States, it needs to take steps to win the war, not just “degrade” the enemy. ISIS has its “capitals,” including Raqqa in Syria and Sirte in Libya, which we need to target.

The imminent threat from terrorism should unlock frozen EU-NATO cooperation, which will be crucial to winning the war. This does not mean that NATO has to take the lead, but it has to be part of the solution. The EU and NATO should identify divisions of labor in cooperation with non-member partners. NATO brings important tools to the table to coordinate globally—from its partners in the Middle East to the NATO-Russia Council.

Security does not allow for leaves of absence. Either the transatlantic community takes ownership of the challenge and faces it, or Europe and the United States will drift apart. If the terrorist threat and ISIS’ rise are not perceived as NATO priorities and dealt with accordingly, the Alliance will become irrelevant to addressing at least half of Europe’s security concerns. If this is what the transatlantic leaders want, they should be honest about it—and then face the consequences.

Stefano Stefanini is a Nonresident Senior Fellow with the Atlantic Council’s Brent Scowcroft Center on International Security. Photo credit: US Department of State.